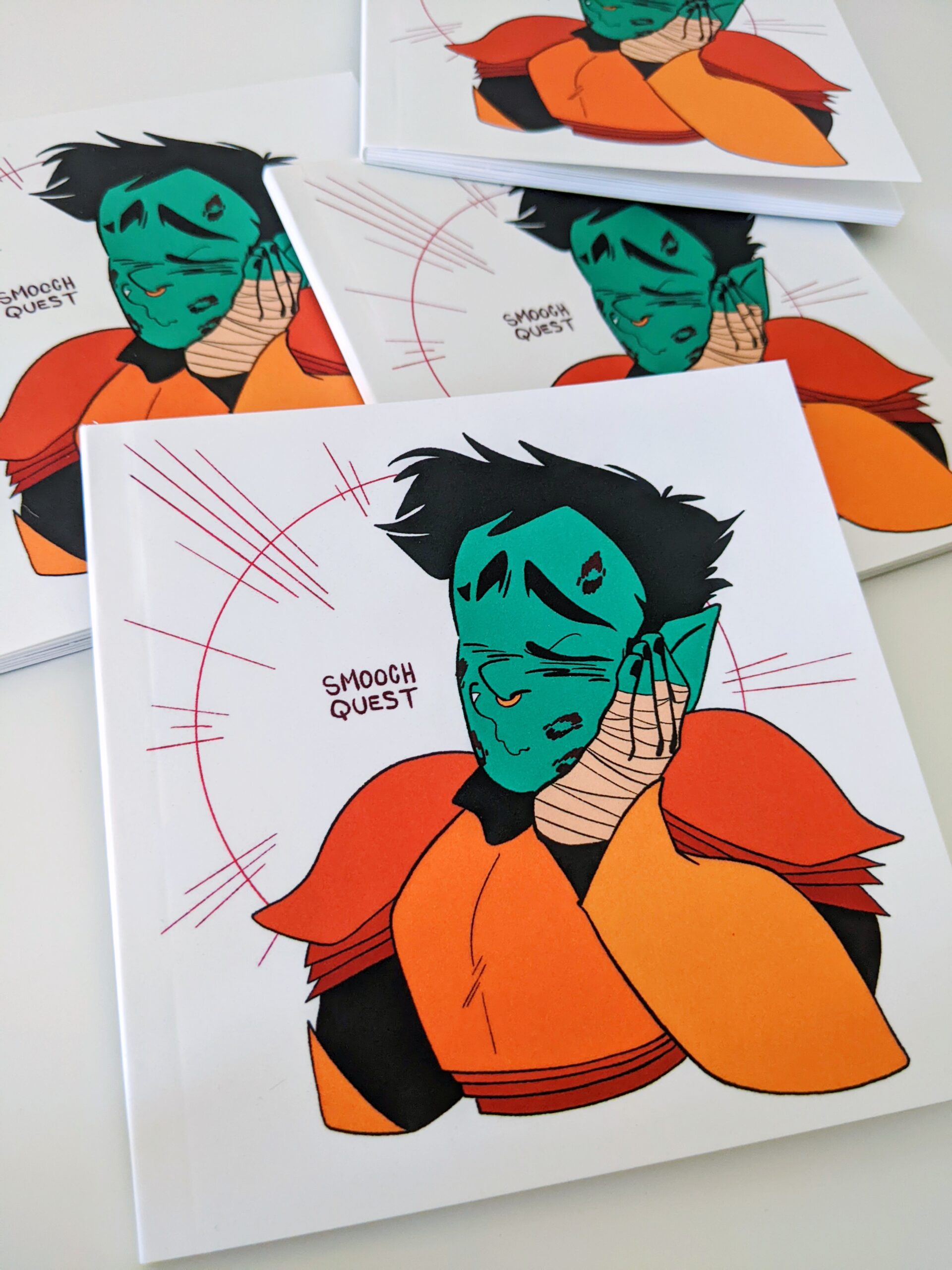 Hello everyone! We hope you all had a wonderful holiday. Obviously, the state of the world has left things a little shaky. We’re doing our best to navigate it. We’ve already had to switch gears a little with our projects for this year, but mostly it’s just rearranging. Without further ado, let’s delve into where we’re at, and what we’re hoping to achieve this year:

The final components needed for the Prism Knights Kickstarter is coming together. We obviously didn’t want to pressure our cover artists over the holidays, but now we have the covers for both Lamplight and the Omnibus! Done by NJ and Isa respectively:

Currently, Lamplight is being sent to print and will get its proof soon. The Omnibus only needs the back cover and interior illustrations, and it will also be ready to go to print. It is only a matter of time before the final Prism Knights books come to life and are ready to be shipped out! Exciting!

Our usual tradition with Paint the Town Red is launching a Kickstarter around Valentine’s day. We couldn’t do it last year because of COVID19 delaying Volume 2… and we probably won’t be doing it this year. Instead, we are hoping to launch Volume 3 in June. Currently it is written and being thumbnailed.

The reason for this shuffle is a bit complicated, but essentially Kickstarter has made some recent decisions we do not agree with. Unfortunately, so much of our audience is built on that platform, it’s almost impossible for us to cut it out completely. However, this year we will be testing out running a small campaign on our own shop simultaneously with the Kickstarter, and see if that works for us at all. The main goal is always to be able to run things ourselves, but as it stands, we don’t have enough confidence that we’ll fund as much as by ourselves as Kickstarter can. Maybe this year can prove us wrong?

We will be running a different Kickstarter in March/April (more below) to test this out properly before we jump into funding comics. We will have more details closer to the launch of both of them.

Unfortunately this brings us to some not so great news in terms of SanCirc’s Kickstarter. This has been promised since… 2019? But can’t seem to catch a break. For now, the SanCirc Kickstarter for future prints of the comic has been put on an indefinite hiatus. This is for a couple reasons:

Does this mean we’ll never print SanCirc? Hopefully no! We love to print books! We’ve already been discussing ways we can get around this and make the project much less daunting to print (the big contender right now being splitting the books up more, so instead of 3 there will be 6 in total). But, for now, Tas is going to work on getting the comic done first, and after that we can focus on what we’ll do for printing.

Iphigenia, the first installment in Myth Retold, is currently almost out of its original print run: the fancy illustrated risograph version. Once it’s out, it’ll be reprinted like the other installments, with no illustrations. If you wanted to get your hand on this edition, now’s the time–get it before it’s gone!

We have a handful of new installments in the shop!

First, the addition of some newly designed, reprinted pins. There’s Aerodactylus, a part of the Bonebed Collection–now in silver! We’ve also added the new versions of Ares, Athena and Demeter from the Greek Myth Olympian Collection. The new set is almost complete! Get them here: (Aerodactylus) (Olympian Set)

We also have a new book! (Or, well, a zine). This small 4×4″ book is a collection of Jay’s Journtober drawings, where their orc knight goes on a little quest to get herself some armour (and lots of smooches). It’s mostly wordless and very cute! Check it out here!

Alright, the big one: the blankets. Unfortunately… we don’t have them yet. They were projected to arrive in December, but that didn’t happen–understandably, because shipping across seas is a mess right now. Not to mention the devastating floods in B.C. Everything is just going to be moving very slow, and there’s not much we can do about it. We have everything else needed to fulfill the Kickstarter but the blankets themselves.

The good news is: they’re on their way! We have been keeping our eyes on the tracking and it’s looking like they’ll be arriving at any point! We may have not hit our initial deadline, but fulfillment for the blankets will be now be happening in February. We are very eager to get them out to everyone, rest assured!

Finally, as mentioned above: we will be running a new campaign in March/April… for some dinosaur playing cards! These were all designed by us and meant to resemble classic playing cards, just with dinosaurs! (Theropods, to be exact!) Here’s some previews:

We have already ordered the prototype decks and will probably have some good photos for you all next time! And we hope you’ll be there once we launch the campaign!!

Let’s end this one like we did last year, with a little projection of what we’d like to do this year, and the rough dates. Looking back on last year, a lot of it got changed, so I have no doubt it’s going to do so again this year. That’s just how things go sometimes! But as of right now, this is what we’re hoping for:

As always, we’ll keep you all updated with these newsletters. Thanks for sticking with us!